When Jim first walked into the studio for his headshot, I was struck at once by the kind and pleasant vibe he gave off. He was very nice, just a touch softspoken, but very likeable. As we chatted a bit more I got to know more about his history in the Atlanta real estate scene, how he came to know the mutual friend who had referred him (men’s Bible study), and about his family. It was obvious that he’s one of those truly nice guys. Then as we debated tie options he pulled out a sharp looking navy tie with gold emblem–turned out that design was the Marine Corp emblem and Jim proudly served. Wow…..so he’s also a guy who can take care of business! Just goes to show there is so often more than meets the eye when it comes to meeting people. The tie was the perfect choice to complement Jim’s suit as well as draw attention to his eyes and introduce a subtle personal element in the nod to his military background. Very much enjoyed creating this headshot of Jim to show off his professionalism as well as his friendly personality. 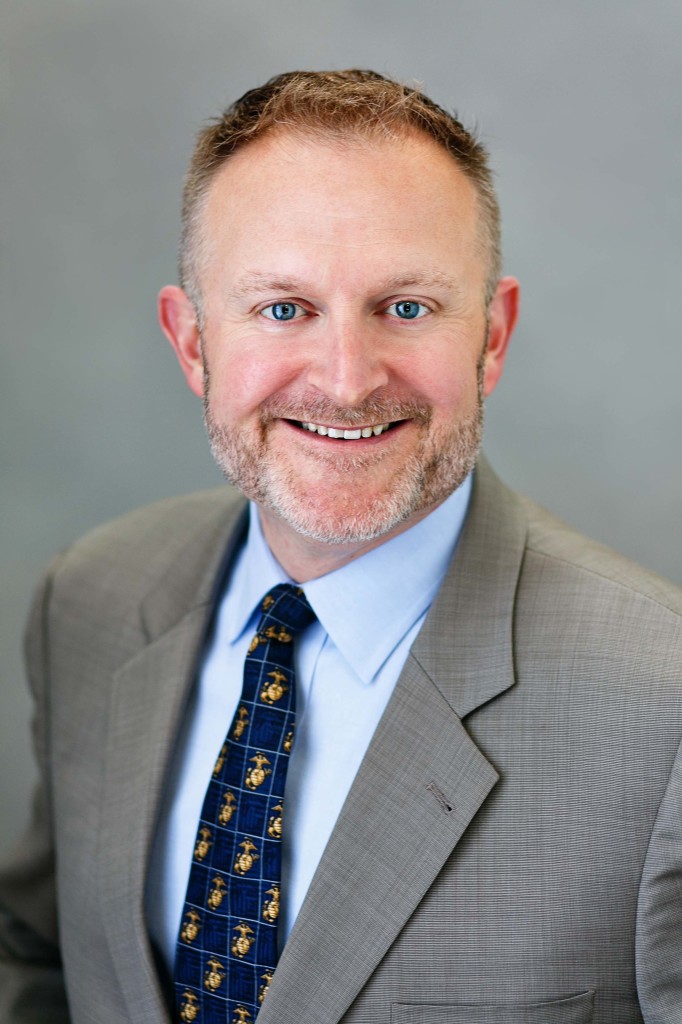